Basically what the title says - I think a Blue Gray fur gene would be really pretty and I've seen a few people mention it around the forums, though not necessarily in a post of their own! I think Blue Gray would be a really pretty addition and not wholly unrealistic, and I think would fit well in the game's environment as well. I know that there is a suggestion for Gray fur here:

Which suggests a midtone gray fur gene that would give more variation than just black and white, which I really like! HOWEVER, I think a separate Blue Gray gene along with a midtone Gray gene would be really cool to have as well! We have Red and Red Brown, so I don't think Blue and Blue Gray would be too much, especially if they're sufficiently different, so make sure to give the Gray Fur suggestion an upvote as well ^^^

I did a mockup of what the Blue Gray fur and its hybrid combinations would look like, which I've posted below, and I've also included the mockup I did for Lilyturf's Gray Fur suggestion so you could see how they might be different ^-^ I know that the purple-y fur colors aren't the most realistic but neither are the bright red creatures in the first place, so I think as long as they're not neon they would still fit, haha! I did two versions of the Yellow fur hybrid since I wasn't sure whether to go with a more greenish or brownish tone. 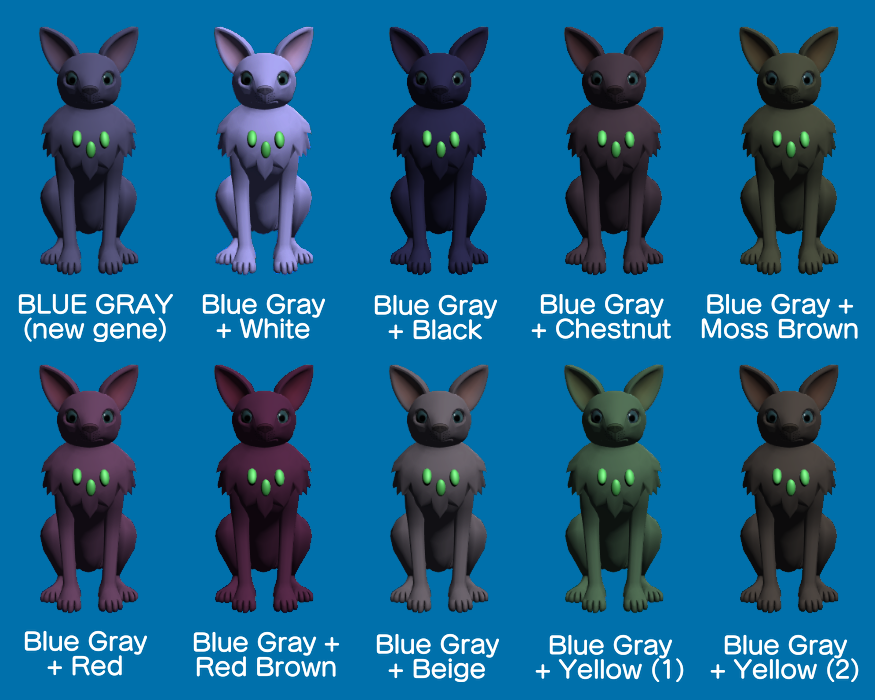 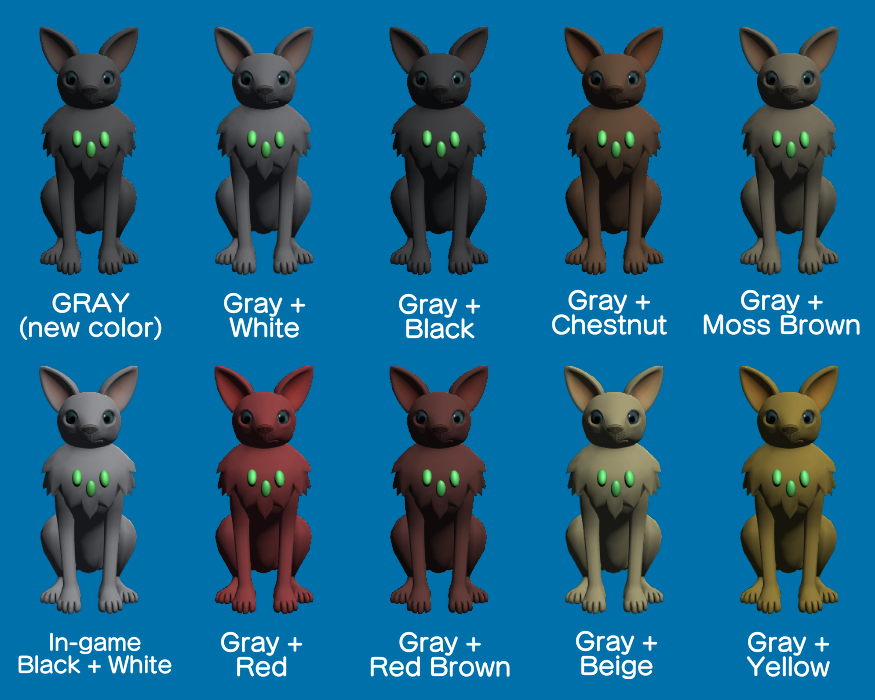 Also, I know that this suggestion exists:

However it is suggesting more colors than just blue, in more vibrant tones, that would possibly be linked to bird genes, so I thought it was still appropriate for me to make my own suggestion since I thought they were different enough. ^-^