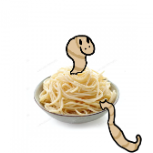 By spagetti snake,
January 9 in Off Topic