I was trying to make a bee then realized, hey, there are real life pollinators and plants need them to grow and stuff.

So, there are multiple pollinators with special abilities. It would fir nicely into niche, even as a separate entity entirely!

Let's start with basic pollinators, there are...

Now, lets narrow this list down a bit to make it a bit more compatible with niche.

This may seem short, but there's a lot coming.

For all these pollinator genes, we need a way to collect nectar and do other stuff with it!

This would kind of work like attack or collecting abilities! Only if you have no nectar collection stats, you can't collect from flowers, even if you have a pollinator stat.

If a gene has nectar collection, nectar can be used as a food source! You can only get one food from nectar, so it may not be worth it, but there's a bit of a catch!

so, in real life, plants need to be pollinated to produce fruits. Now, in niche, when the rain comes, berries automatically regrow, and it's completely fine and makes the game hard when you don't have rain for a long time, but maybe, to regrow, plants would need to be pollinated by using nectar collection on one plant, then another before rain comes. (so the pollen stays on) Now, a pollinated plant could have a different scent view so you know that it has been pollinated.

(just ideas, not in any way close to something I'd imagine) 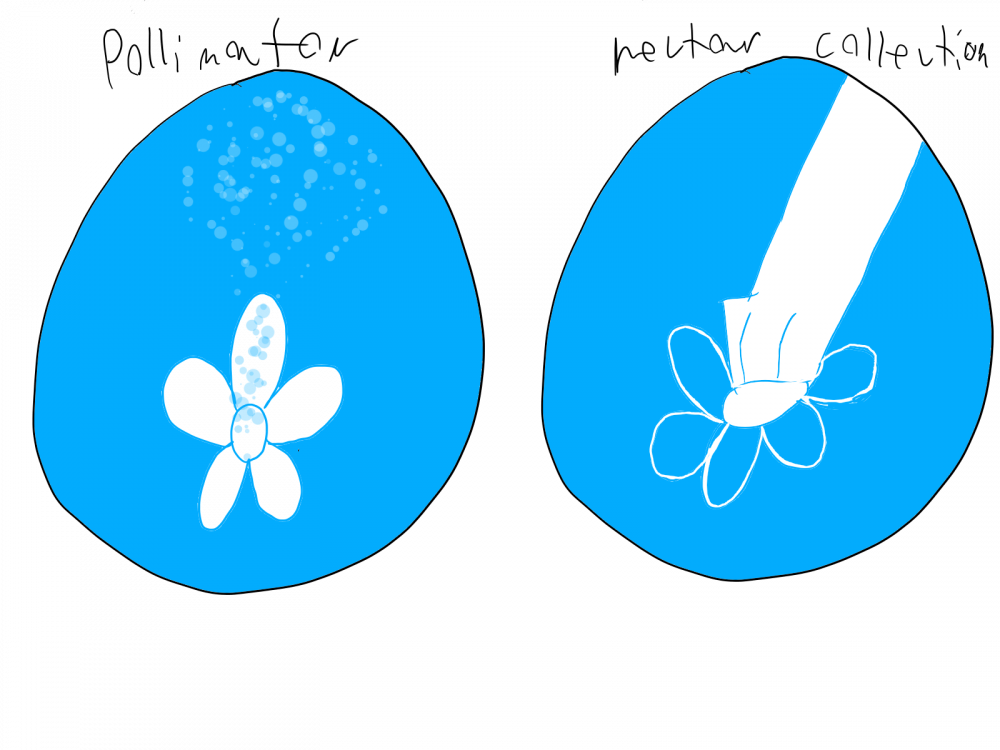 But green! You may shout, What if you don't have pollinator genes?

A lot of players will tell me to 'make pollination a sandbox option.' What would be the point of the genes, then? But people will be annoyed that I object, and say that you will have to have pollinator genes if this is how this goes. Well, easy fix! Separate pollinator entities! The hummingbee, an entity I made in a separate suggestion, would work perfectly! I gave it a new look and everything! 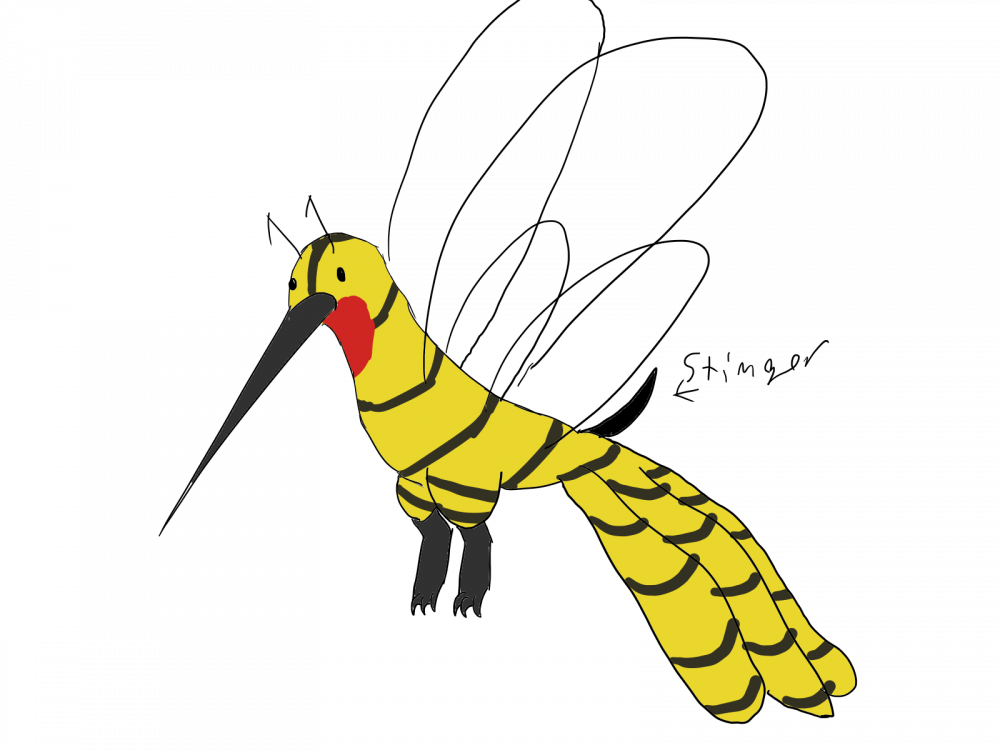 There would most likely be at least one nest/hive on every island as long as there is a tree. They can't travel across water and they can't spawn if it gets too cold. (below average temperature)

How would you get these guys to pollinate flowers? Would it just be AI guiding them to flowers they can sense? Well, kinda...

If a pollinator is too far away and can't sense the plant(s) that you need it to pollinate, you can take a flower out of the ground (if you have at least one collecting ability) and lead it towards wherever you want to lead it to. But, if it gets too close it will get scared and either A) string you, in which case you drop the flower you are holding or B) run away, making you have to start the process over again.

You're better off just being predators? Right? Wrong.

This may be a stretch, but it would balance out the game again. Been trying to balance everything throughout this post. Rabils would need to have a berry bush, lets say, at most, 20 spaces away from their spawn to, well, spawn! And for every berry visible on each bush, 1 rabil will spawn in. And if there are no berries that they can sense around them, they will go back to their burrow if they are still within it's range. And with less prey, comes less predators. Say bye to having wings be your saving grace. The spawn rate of bluebirds will drop, as rabils are their main source of prey. Bareyenas will still spawn, though, as they mostly prey on nichelings.

Now for the moment you've been waiting for! Drumroll please!

Now, I don't have many ideas, but I have a few, and I know you guys will have ideas, too!

A fuzzy body that pollen sticks to easily

Why the long face? I mean beak? It's like bird beak, but tweaked to be longer!

And this, folks, is what goes through my mind when I'm bored!

Sorry for how long this is and how little art there is! Stray fawn kinda just died

2 replies to this suggestion