Pattern shape E would be rare and hard to get. It wouldn't be auto unlocked like the other pattern shapes. To unlock it, you would have to invite a nicheling with the gene.

This idea came from a bug post from @GryffBirb

There would be a new gene called "colour dominance" or just simply the "tortoiseshell gene". This gene has three variations. Co-dominance or "no tortoiseshell", "spotted tortoiseshell" and "brindled tortoiseshell". Only females display it tought. Males can only have it as an inactive gene. There is a really tiny change of a male tortie, but if one is born, it will most likely be infertile.

On females the gene acts differently. The female only displays the upper one of her colour genes. The other colour appears on her as spots, brindles and splats. These spots wont appear on her patters. 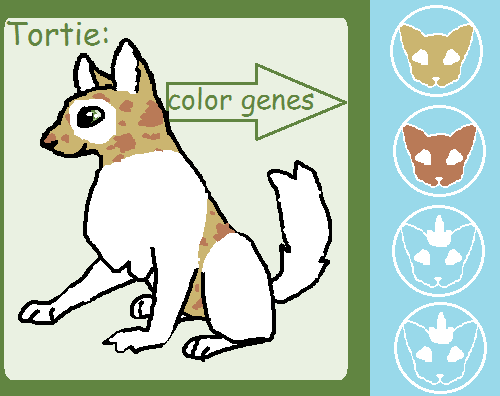 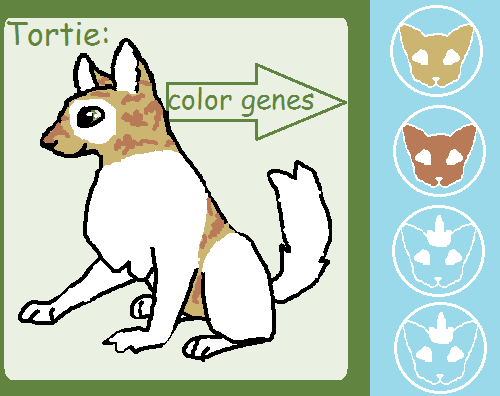 The mutation for tortoiseshell can be unlocked by succesfully mutating each fur and pattern colour once. For spotted you have to also mutate spots and for brindled you need to mutate stripes.