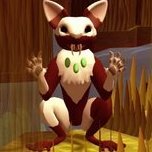 I think it would be awesome to have the option to toggle the genes on and off so that we can play a "blind genes mode" in which we can't look at the genes our nichelings are carrying, to make the game more interesting and challenging. That way we could look at the family tree and change nichelings' names without having to look at the genes. It could also be activated or deactivated during the game, that way, for example, you could set yourself a goal and once you reach it you can toggle on the genes and look at them.