Your suggestions for win. conditions? 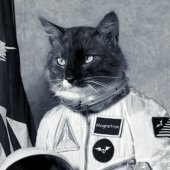 What was already offered:

A more dangerous enviroment by either increasing a predator's senses or attack. This now includes messing with temperature.

Nichelings need to eat more food, live longer or even have altered attributes. (Claw offering a +3 in strenght).

The spawn chance of any entity can be altered. E.g. no bears in the mountains, but your pack needs to compete with an army of ramfoxes. Wanderers behave differently, they might only steal one sort of food or downright attack your nichelings.

Custom Islands can be edited and saved by the player for later. This might include the feature of creating one big mega island where all features can be unlocked and predators coexist.

Another old request, rival tribes. Rival tribes behave like Adam's, but steal your food, compete for nests and attack your nichelings under certain conditions.

//Wanderer's and Rogue males' basic gene quality can be altered. E.g. double no paw and short sighted eyes would amount to -3 points. If your minimum is set on -2, no such creature will spawn in the game.

//Alternatively, the chance of finding a single gene can be altered or muted. Here comes a wandering army of purr snouts knocking on your door. Yes, without a single spot on them.

//Wanderers' genes can be altered, and/or so can your pack's at the start. This includes entering the game with more nichelings.

-- In a Whims of Fate style, so that the number is bound to a creature, or an event.

-- an aid that allows the player to set the max. tribe limit to anything every time they like. This should prevent overstepping the limit by accident, as neither children can be born or wanderers invited when the tribe is full.

Anything based on the random number generator.

A tribe focusing on one gene. That might translate to: after unlocking the peacock tail, fifteen days later, no male without it will be able to breed.