Dumb things you do? 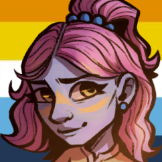 By bostonlobstah,
August 27, 2018 in Discussion & Feedback