Hey, I'd just love to see the ability in game to have motors whose positions you can set to specific values, rather than setting their rotational speeds. You could integrate this into the normal, plain motors by adding keybinds that allow you to set positions, or they could be a different module entirely. Either way, I'd like to have the ability to have joints whose positions you can set to different places more painlessly. You could have it be so that keys will change their positions by a specific amount in a specific direction, or simply set the motors' positions to set points in a 360 degree arc, or both. It'd also be nice to be able to bind a decent number of keys to each motor for these purposes. Attached is a simple picture I made in Paint 3D to show how I think it would best work. 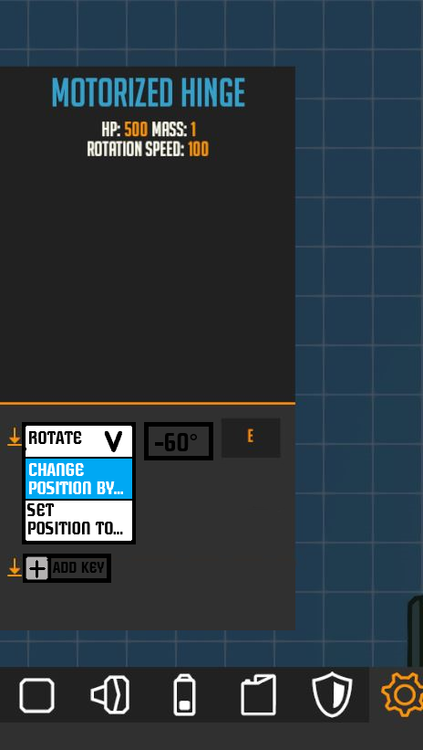