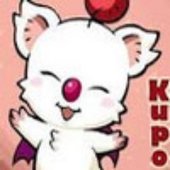 Basically I'd really like some pieces that can fit here~

Maybe tiny little batteries or fuel canisters or something... whys everything gotta be a square? I was hoping the circles would fit at least but they're apparently no different than a square really. Only thing i've seen that sorta maybe fits in these corners is the medium fuel tanks, and doing that can throw off symmetry depending on what you're doing with it.

14 replies to this suggestion