Reversion -- A special and small Playthrough 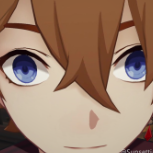