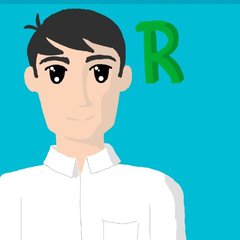 Philo is looking into it

Hemophilia and Normal clotting are the only X-linked genetics in Niche. Hemophilia is passed down from father to daughter or from mother to offspring.

In the 1.1.4 version, I have encountered females with hemophilia (they have two copies of the gene). They should pass down their hemophilia to their daughters (who will become carriers) and their hemophilic sons. The bug that I'm reporting makes it so that the males do not inherit the hemophilia, and instead have normal blood clotting, which seemingly comes out of nowhere! While this may be beneficial for players who want to weed out this detrimental gene, it doesn't accurately show how hemophilia is inherited, or how X-linked genes work. I hope you will fix this bug and perhaps add other X-linked genes like colour-blindness affecting Nicheling stats somehow, or other non-Mendelian traits.

Here are some pictures of the hemophilic female (a wanderer), her son and daughters with hemophilia selected in the family tree.

P.S. - I didn't mutate for normal blood clotting in the hemophilic female in the Mutation Menu. 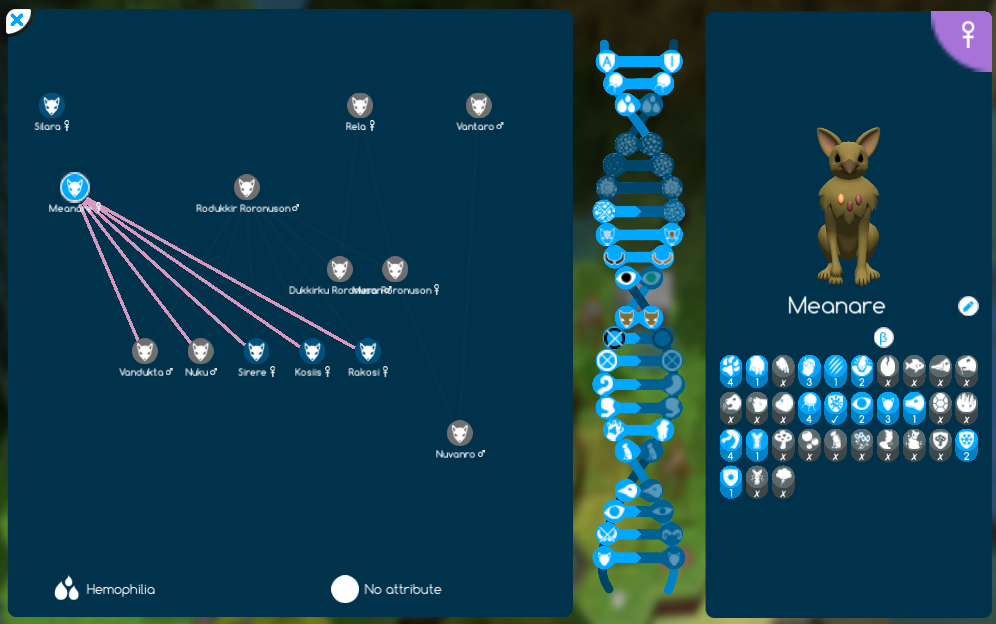 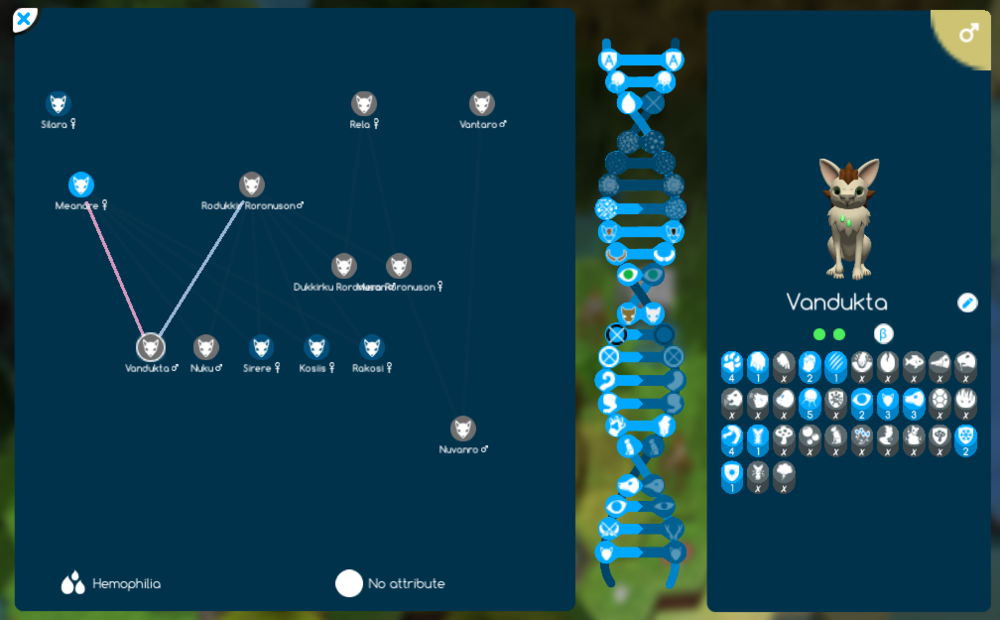 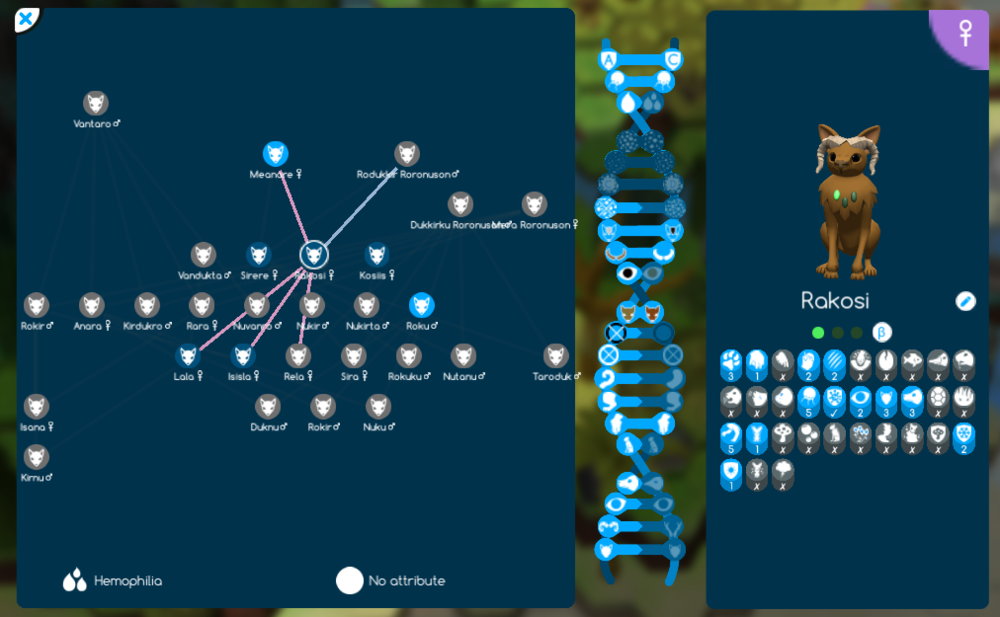