The uses of these things are severely hampered by their fixed internal reference points and how awkward they are to rotate physically.  If they possessed a "gimbal" to rotate the inner reference point on keypress and a way to configure that in the editor, we could do so much more.

Look at this drone, the Axe X: 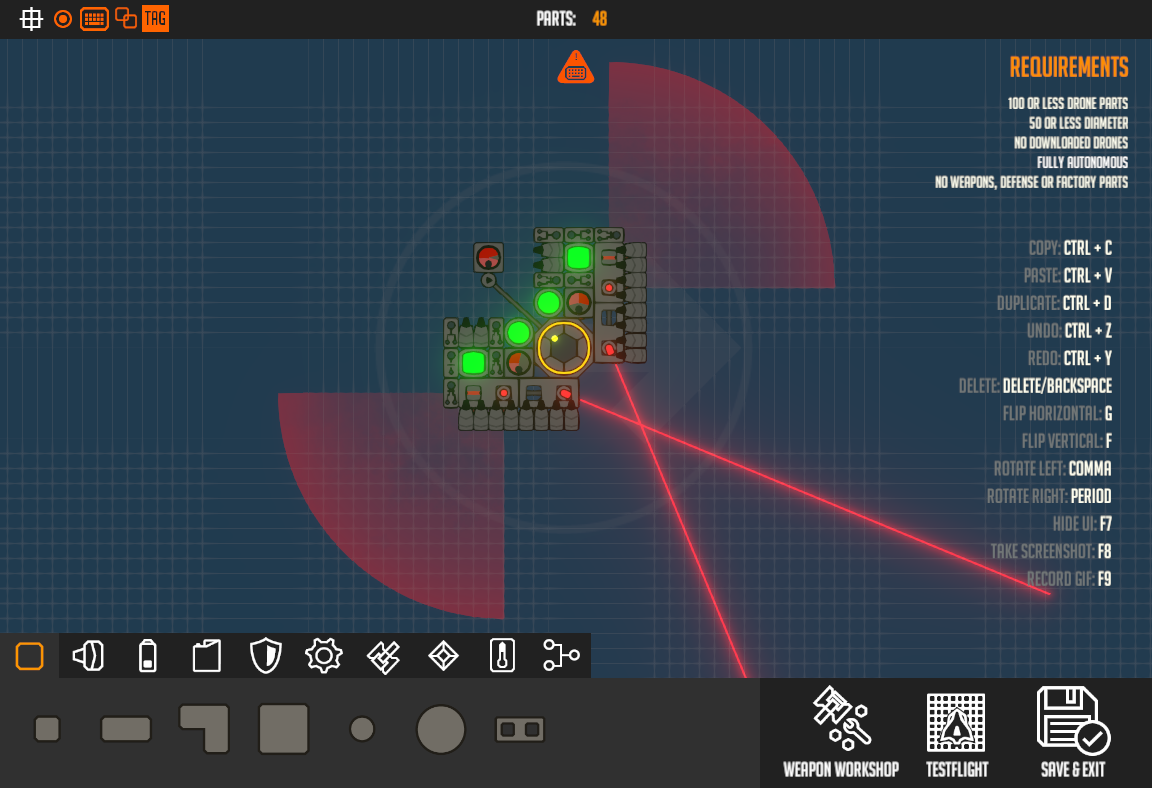 That funny "tail" which rotates a direction indicator on a joint?  That's a gimbal built the hard way.  It has so many uses it ends up everywhere on my designs despite how awkward, wobbly, huge, and fragile it is.  I've used it for:

They're really awkward to use in other ways.  Observe the pair of 'eye's in that drone.  I needed two since I didn't have room to rotate one at 45 degrees.

14 replies to this suggestion