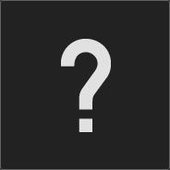 Version 1.1.9. (Who could have guessed) Man Eating plant glitch.

I wanted to throw in a picture but my computer is being weird and wont let me. Basically one of my Bat-headed Nichelings walked over too two plants that where side by side. Only one was close enough to grab him but they both played the grabbing animation.

I noticed that if I stop two blocks away and then step one closer, I can attack the plant- but this does not always work. I do not know if that part is a glitch but I figured I would throw it in. I have also had a double claw nicheling attack the plant, it takes the hit and the nicheling. Other times I have had a weaker nicheling attack and it does not take my nicheling. Still don't know if it is a glitch.