A thing I noticed while making some new challenges with sandbox mode is that in the forbidden genes, I didn't see bat wing. I was thinking that maybe the devs just forgot to add it in but it still didn't spawn on starters. Little did I know that was not the case. I have gotten 2 savefiles where one of the starters got a bat wing, on story mode and sandbox mode. Sadly, both of the saves are deleted now but I do have a screenshot. 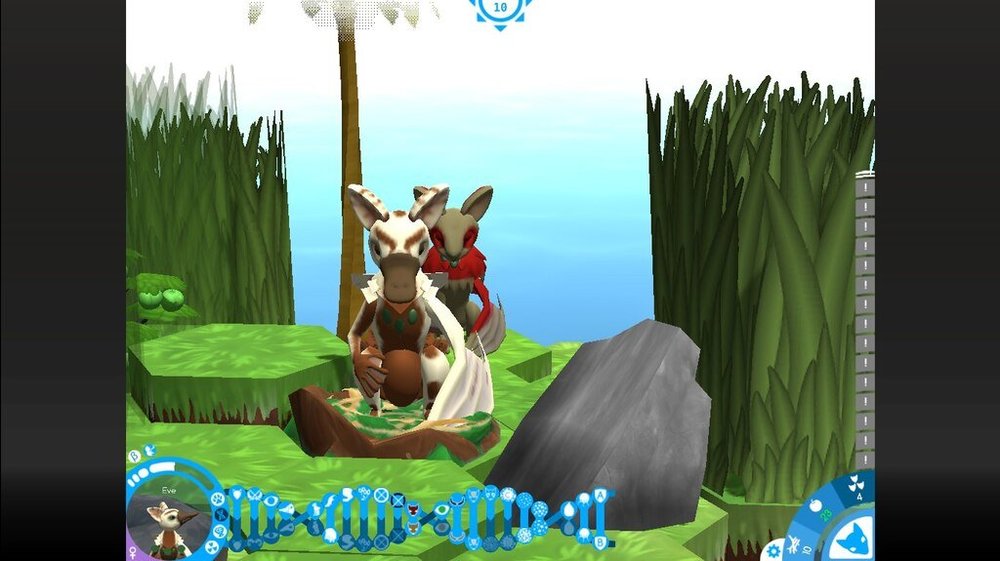 As you can see, the Eve not only has bat wing, but also peacock tail. Another gene that is forbidden. I have also gotten an Eve with a bird beak hidden in her genes. Not sure if these are bugs, or just something to help out new players to tell them about the really rare genes. That's all I have for now.