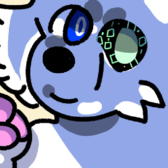 By PurpleBrightThingInSkyHeav, July 18, 2019 in Playthroughs