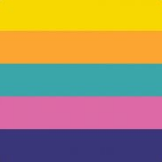 By MysticTopaz, November 3, 2017 in Request Archive