so I think it'd be cool if like, there was a randomly generated underground? with brand new food sources and predators? I know that it'd have to be massive but here are a few ideas for it!:

- caves are slightly colder in hotter islands, and slightly warmer in colder islands. after you get to the last layer this rule is ignored. it is simply colder.

- caves are like going to a new island, but instead you can go back. it can be put on sorta of a "pause"?

- caves can be at most, 3 layers deep. each layer gets colder. by the 3 layer, (if the said cave has one) you need some cold protection or you risk freezing?

- the deeper you go, the more food. (ex: more mushrooms, fishing spots, vines, and moss?) the first layer can contain moss. moss gives two food and isn't removed. it is picked like a berry. It giving two food split in three harvests. you need at least 3 collecting to successfully get the moss (in an edible form, anyways) moss could just be a darker green grass tile. pay attention to the moss and if it changes, if you don't you risk being poisoned. moss after awhile can get 'infested' with said bugs. it poisons your creature for two days, but instead of giving a poison effect, its like a sickness? educing starve damage of two each day? (like if said creature ate a poison bug, instead of being poisoned, it wouldn't let the said creature eat?) the first layer only contains moss and small indents (the said nests in caves?) it also protects from deadly heat. creatures in hot climates are still slowed down by heat. the second layer contains moss and mushrooms. mushrooms should come in many kinds, if not a few. eating mushrooms without poison resistance is dangerous, as most mushrooms are indeed poison. but there should be at least a single safe type. the second layer also contains small indents. it contains another thing as well. rats. (or another small, yet dangerous creature?) said danger will steal food, attack young (child and younger) they also leave tracks of where they tried to attack. claw marks, these would be a un-removeable thing that depending on if the rat did its task successfully, would show a loss or a win. said creature would rarely spawn away from creatures away from the tribe, or young. they do not have holes/homes. they would drop 3-5 meat if killed. you need a stealth of at least 2 and strength of 2 to kill it. you need at least 1 stealth to damage it. and lastly, the third layer. this would contain: fishing spots, mushrooms, moss, and vines. vines are a way to gain nesting material. some grow back, some doesn't. it works like regrowing grass, coming in two variants, a kind that grows back, and I kind that doesn't. fishing spots work like a swarm of fish, but as it cant run, you need higher fishing skill to get it. a fishing skill of three is required to get 2 food each fish, swarms have 5 fish. if a niche without 3 fishing skill attempts to fish, either they don't get the fish, or the fish attacks them. the fish don't do damage them selves, they do bleed damage. be careful when fishing with a niche without normal blood clotting. this layer is nearly its own biome, overgrown with short grass, moss, and vines. it also is cold. you need at least 2 cold resistance to not get slowed down. any lower, (if that's even possible) you risk death if they are not kept warm. you also cannot change islands when underground. the underground doesn't ever change, so if you island hop, all creatures underground are deleted if not brought with. it should also bring it own set of genes with it. such as 'fluffy body'. a body type that adds only 2 cold resistance the rest is 1 speed and 1 stealth. it is unlocked by spending 30 days in the 'deep underground' (aka the lowest layer.) 'hooked claws'. a gene that bypasses the stealth rule for rats. this instantly kills rats that are attacked if both paws are 'hooked claws' . it is unlocked by attacking stuff 50 times and spending 32 days underground (the 2 is so it takes slightly longer then stealth hindlegs.) 'stealth hind legs' a type of hindlegs that grants 2 stealth and 1 speed. unlocked by by attacking and killing 10 rats and spending 30 days in a cave. last but not least, 'iron sharp claws' a gene that brings in a new skill, stone digging. it allows you to expand the cave area, but only so far. this area doesn't contain moss or any other food source and cannot ever contain a food source.  'iron sharp claws' is unlocked by reaching generation 20 and spending 150 days underground in total. this is due to its last ability: nest digging. it can create stone ditches. yet only 5 before they wear down into normal claws. (this is to stop people from filling the cave with them!) they still pass on digging claws. digging claws do all that normal claws do otherwise. they are just sharp enough to cut stone. wall digging doesn't have a limit, as another thing with wall digging, is: you risk opening an 'insect nest'. they contain hostile creatures that are venomous. here is the list of stats: venomous, does 4 damage, moves 2 tiles, has 2 energy, blocked 1 damage from all attacks. it is random if your cave spawns with a nest. a insect nest if defeated is a colony like area with many nests. it gives your 100 food to defeat it, as it spawns with 5-15 creatures. it like a boss fight, but you cannot predict it. a cave can only spawn with 2 insect nests with 20 creatures in total. (this stops it from getting too insane). insect nests cannot spawn back to back. they MUST be opened via player. nothing else can open them, so if you choose you may not ever dig walls and never risk opening a nest.

that's all from this overly long, massive, pretty insane suggestion, please suggest other things for this or things that may be simply annoying to players!

after looking at some of the other ideas, I noticed I really only have a boss-like hive and annoying bluebird-like rat, so I came up with a few more creatures that could populate the underground! 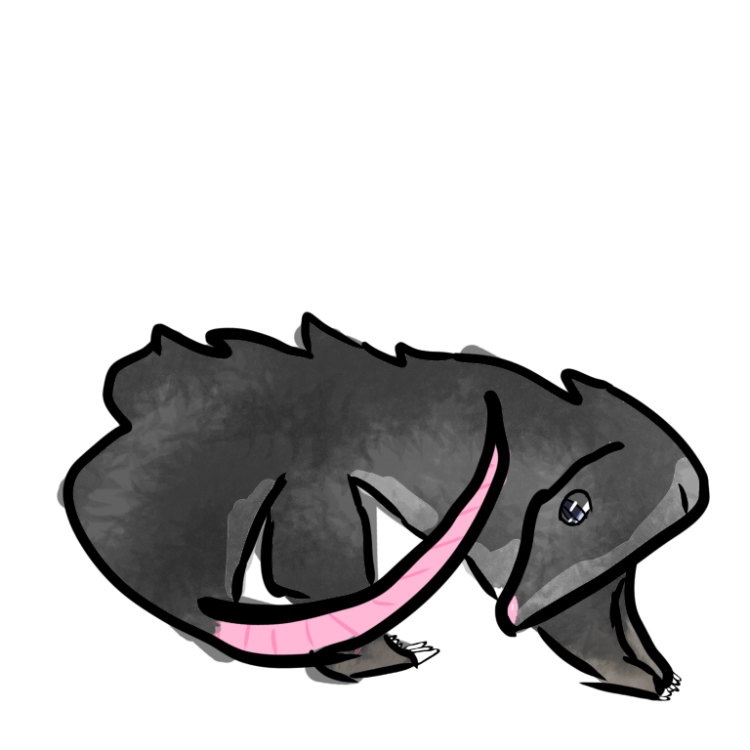 neutral, only attacks after another molat has been attacked. attacks in groups of 3-5. targets young or stronger niches. generally a prey item. 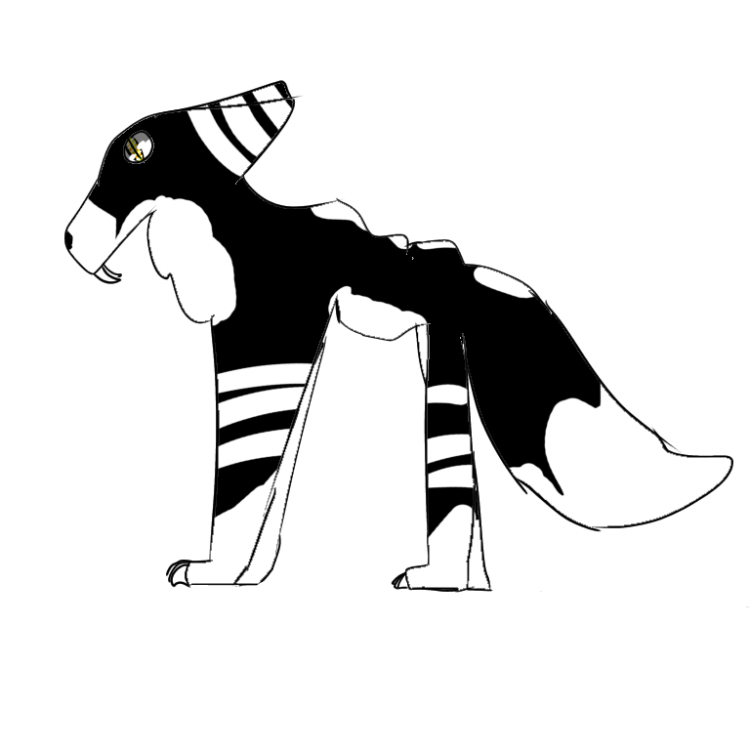 special: tamable. also able to be befriended even as adults. also comes in small groups of 2-4 adults and 1-3 babys/children/teens. also it is a den per layer.

neutral. attacks small prey items and if no adult is watching a baby/child within 4 blocks all directions, will attempt to kill, but will flee if a member of pack is killed. doesn't come back after a failed attempt. also becomes hostiles if a niche enters its territory. dens are along the walls. they seem to be small holes. if den is cleared, foxgers are extinct. they only spawn once.

taming: for entire pack, slowly leave food in territory in certain spots that will spawn. this will take as many food as there is foxgers in den. (so from 3-7 food)

now that's all before I get to drawing these things

hope you enjoyed the new part I added, to make the cave more lively!