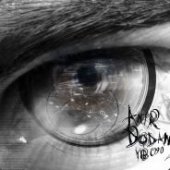 the road to sell more copy and become the masterpeace

By DeXterSon, May 21 in Discussion & Feedback