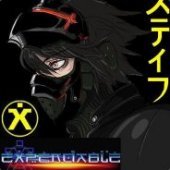 I would like to see a more compact version of the large 2 by 2 block sized directional sensor, a 1 block sized one that could fit into hollow blocks.

It would be great if it where something like the small magnet, I don't know if the tolerance could be altered on the small directional sensor or something to make the big one worthwhile as well, but to be honest it would still be a better base part to build a drone around then the small one.

The reason is I like making tiny drones, and I don't always want them to go forward with VTOLs some times I want to make a creation as small as possible and the big bulky sensor always get in the way of that.

I know its probably big because its heavy and its heavy because it was made to be a possible base block to build a drone around it, but some times it really gets in the way of creativity.

As time goes the game opens up more to creative freedom with VTOLs and a bunch of sensors and things that are just that convenient and I think this idea would be a good addition to the game by allowing us to have just that little bit of additional freedom and choice to build our directional sensor controlled drones.

1 reply to this suggestion