Make factories only use the build cost up to the next un-printed factory block. 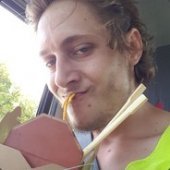 Right now if you have multiple factory blocks chained together, the first factory block will take all the blocks ahead of it to calculate its build time even if the factorys block in front of it spawn un-printed. This makes large segmented designs unfeasible as you take forever to regenerate your initial segment. It would be good to have factories only calculate to the next un-printed factory block.

6 replies to this suggestion