Destroy fracting probably not possible to succeed at some times 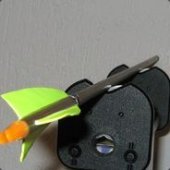