I know there's already a suggestion for a chameleon body, but I would like to suggest a different way for it to be used

There's a common misconception that chameleon's use their ability to change colour for camouflage - and they do, to a certain extent - but the most they'll do is tweak their natural colouration, which is already very good camouflage, to make it even better. Their colour change is actually used for communication. Males use bright, bold colours to intimidate other males and to attract females, while females use darker colours to let males know they aren't interested

This chameleon body wouldn't over ride the colours and patterns determined by a nichelings genetics. Instead, it would give selected nichelings an option over them (like the purr snout) to change colour. Without changing colour, the nicheling would look how their genetics say they should. In terms of stats, they would gain the colour change ability. When males change colour they would display more vivid colours and patterns, which would gain them 1 attractiveness and 1 intimidation, but take away all camouflage. When females change colour they would turn black or dark brown with colourful spots. This would add 2 intimidation, and possibly take away some camouflage too. The intimidation ability would deter males from outside of the tribe, and prevent rogue males from mating with females using the ability.

Persnally I prefer this idea. While the other gene sounds cool, it also seems overpowered compared to other genes. This option adds a second gene for attractiveness, which I would really like to see more genes for, and also adds a new way to deal with rogue males assides from attacking them or chasing them away

Below are 2 pictures of chameleons using their colour changing ability. The first is a male and the second is a female 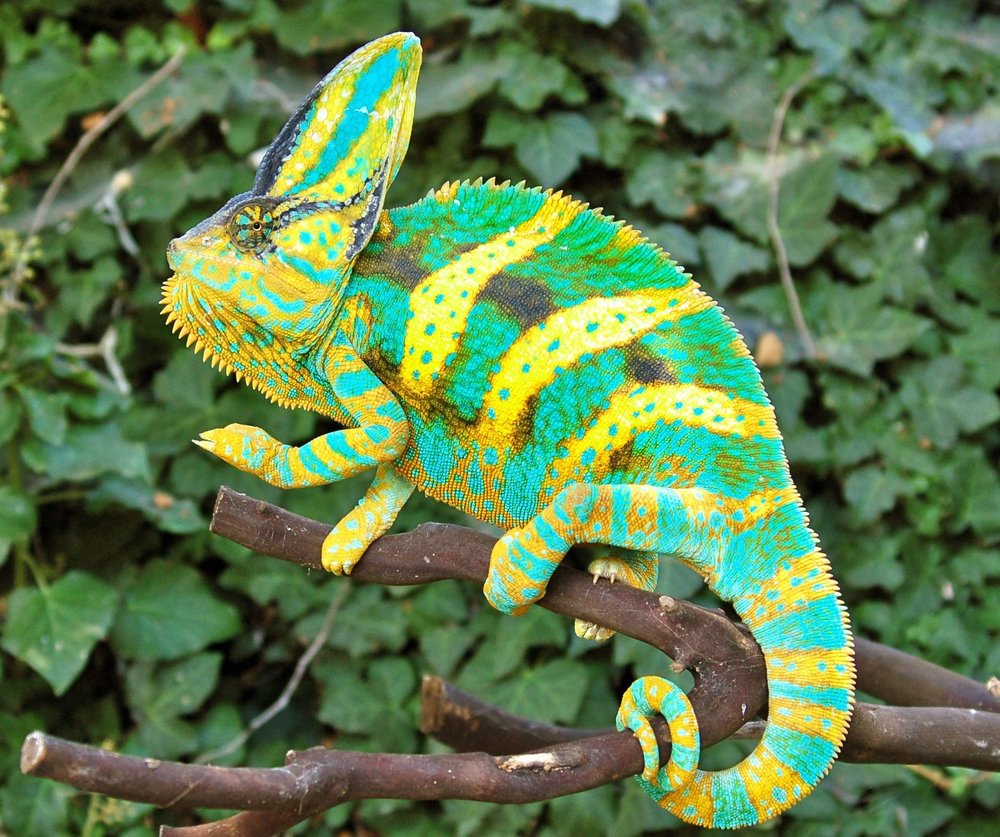 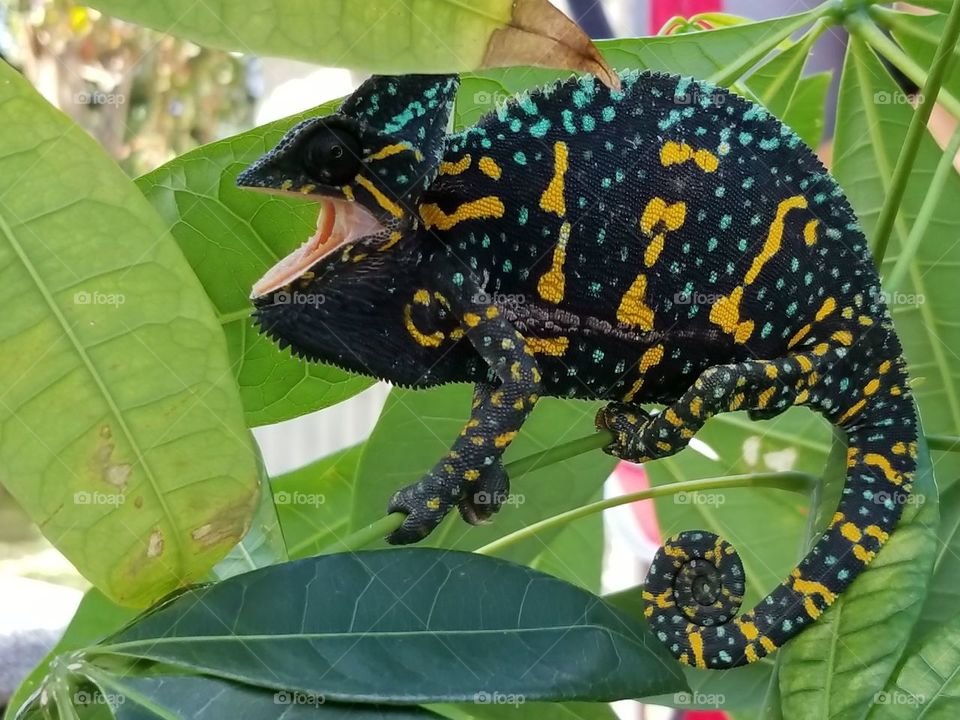 Here's a link to the other chameleon body suggestion

3 replies to this suggestion