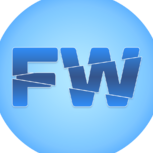 HOW TO DELETE TAGS FORM THE LIST OF TAGS

By FreakyWaves, October 1, 2018 in Discussion & Feedback